Whose love for a story

Into the book in your hand

Chapter Twelve: Two of a Kind

Chapter Seventeen: No Thanks

If you loved Beautiful Disaster then turn the page.....

Everything in the room screamed that I didn’t belong. The stairs were crumbling, the rowdy patrons were shoulder to shoulder, and the air was a medley of sweat, blood and mold. Voices blurred as they yelled numbers and names back and forth, and arms flailed about, exchanging money and gestures to communicate over the noise. I squeezed through the crowd, following close behind my best friend.

“Keep your cash in your wallet, Abby!” America called to me. Her broad smile gleamed even in the dim light.

“Stay close! It’ll get worse once it starts!” Shepley yelled over the noise. America grabbed his hand and then mine as Shepley led us through the sea of people.

The sharp bleating of a bullhorn cut through the smoky air. The noise startled me, and I jumped in reaction, looking for the source of the blast. A man stood on a wooden chair, holding a wad of cash in one hand, the horn in the other. He held the plastic to his lips.

“Welcome to the blood bath! If you are looking for Economics 101…you are in the wrong fucking place, my friend! If you seek the Circle, this is Mecca! My name is Adam. I make the rules and I call the fight. Betting ends once the opponents are on the floor. No touching the fighters, no assistance, no bet switching, and no encroachment of the ring. If you break these rules, you will get the piss beat out of you and you will be thrown out on your ass without your money! That includes you, ladies! So don’t use your hos to scam the system, boys!”

Shepley shook his head. “Jesus, Adam!” he yelled to the emcee over the noise, clearly disapproving of his friend’s choice of words.

My heart pounded in my chest. With a pink cashmere cardigan and pearl earrings, I felt like a schoolmarm on the beaches of Normandy. I promised America that I could handle whatever we happened upon, but at ground zero I felt the urge to grip her toothpick of an arm with both hands. She wouldn’t put me in any danger, but being in a basement with fifty or so drunken college boys intent on bloodshed and capital, I wasn’t exactly confident of our chances to leave unscathed.

After America met Shepley at freshman orientation, she frequently accompanied him to the secret fights held in different basements of Eastern University. Each event was held in a different spot, and kept secret until just an hour before the fight.

Because I ran in somewhat tamer circles, I was surprised to learn of an underground world at Eastern; but Shepley knew about it before he had ever enrolled. Travis, Shepley’s roommate and cousin, entered his first fight seven months before. As a freshman, he was rumored to be the most lethal competitor Adam had seen in the three years since creating the Circle. Beginning his sophomore year, Travis was unbeatable. Together, Travis and Shepley easily paid their rent and bills with the winnings.

Adam brought the bullhorn to his mouth once again, and the yelling and movement escalated to a feverish pace.

Cheering ensued, and the crowd parted like the Red Sea when Marek entered the room. A circular space cleared, and the mob whistled, booed and taunted the contender. He bounced up and down and rocked his neck back and forth, his face severe and focused. The crowd quieted to a dull roar, and my hands shot to my ears when music blared through the large speakers on the other side of the room.

“Our next fighter doesn’t need an introduction, but because he scares the shit outta me, I’ll give him one, anyway! Shake in your boots, boys, and drop your panties, ladies! I give you: Travis ‘Mad Dog’ Maddox!”

The volume exploded when Travis appeared in a doorway across the room. He made his entrance, shirtless, relaxed and unaffected. He strolled into the center of the circle as if he were showing up to another day at work. Lean muscles stretched under his tattooed skin as he popped his fists against Marek’s knuckles. Travis leaned in and whispered something in Marek’s ear, and the wrestler struggled to keep his stern expression. Marek stood toe to toe with Travis, and they looked directly into each other’s eyes. Marek’s expression was murderous; Travis looked mildly amused.

The men took a few steps back, and Adam sounded the horn. Marek took a defensive stance, and Travis attacked. I stood on my tiptoes when I lost my line of sight, leaning from side to side to get a better view. I inched up, sliding through the screaming crowd. Elbows jabbed into my sides, and shoulders rammed into me, bouncing me back and forth like a pinball. The tops of the fighers’ heads became visible, so I continued to push my way forward.

When I finally reached the front, Marek grabbed Travis with his thick arms and tried to throw him to the ground. When Marek leaned down with the motion, Travis rammed his knee into Marek’s face. Before Marek could shake off the blow, Travis lit into him, his fists making contact with Marek’s bloodied face over and over.

Five fingers sank into my arm and I jerked back.

“What the hell are you doing, Abby?” Shepley said.

“I can’t see from back there!” I called to him.

I turned just in time to see Marek land a solid punch. Travis turned, and for a moment I thought he had dodged another blow, but he made a complete circle, crashing his elbow straight into the center of Marek’s nose. Blood sprayed my face, and splattered down the front of my cardigan. Marek fell to the concrete floor with a thud, and for a brief moment the room was completely silent.

Adam threw a scarlet square of fabric on Marek’s limp body, and the mob detonated. Cash changed hands once again, and the expressions divided into the smug and the frustrated.

I was pushed around with the movement of those coming and going. America called my name from somewhere in the back, but I was mesmerized by the trail of red from my chest to my waist.

A pair of heavy black boots stepped in front of me, diverting my attention to the floor. My eyes traveled upward; jeans spattered with blood, a set of finely chiseled abs, a bare, tattooed chest drenched in sweat, and finally a pair of warm, brown eyes. I was shoved from behind, and Travis caught me by the arm before I fell forward.

“Hey! Back up off her!” Travis frowned, shoving anyone who came near me. His stern expression melted into a smile at the sight my shirt, and then he dabbed my face with a towel. “Sorry about that, Pigeon.”

Adam patted the back of Travis’ head. “C’mon, Mad Dog! You have some dough waitin’ on ya!”

His eyes didn’t stray from mine. “It’s a damn shame about the sweater. It looks good on you.” In the next moment he was engulfed by fans, disappearing the way he came.

“What were you thinking, you idiot?” America yelled, yanking my arm. 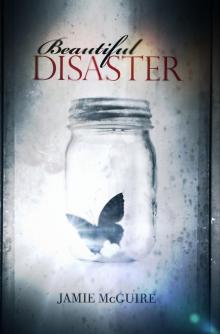 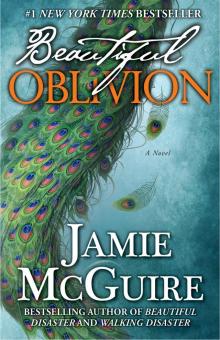 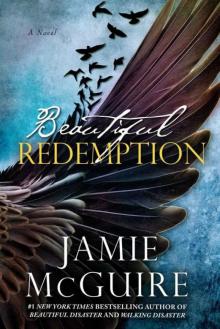 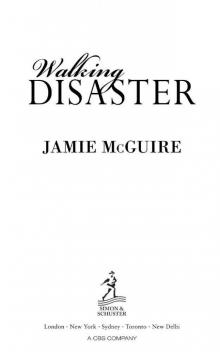 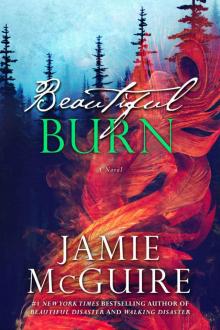 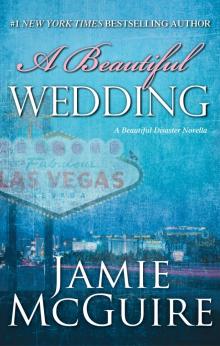 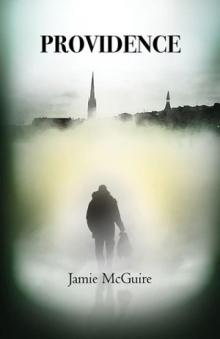 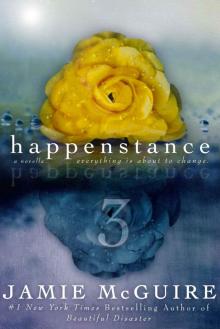 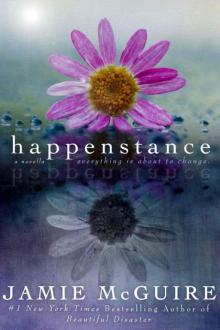 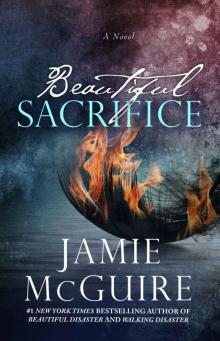 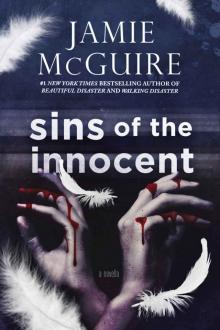 Sins of the Innocent 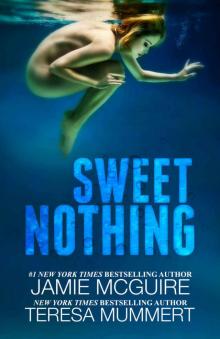 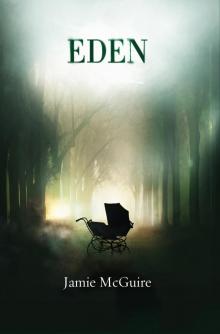 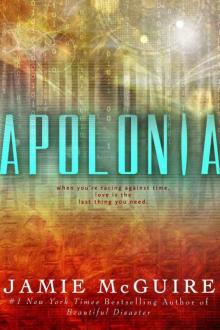 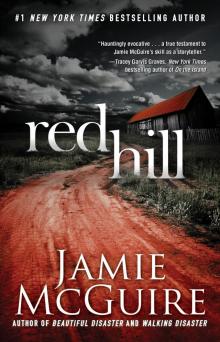